For a limited time, shoppers who take an HIV test at the new site can register to win a 2017 Vespa Sprint Scooter

The grand opening will offer discounts on an array of trendy clothes, furniture and housewares, as well as music, food and an opportunity for attendees to take a free, rapid HIV test and register to win a 2017 Vespa Sprint Scooter (See contest rules). The ribbon cutting ceremony will begin at 10:00 a.m., with remarks by AHF President and CEO Michael Weinstein and AHF Southern Bureau Chief Michael Kahane. Residents from across the area will be joined by local dignitaries including St. Petersburg City Councilman Steve Kornell (Council District 5) and Cyrus Calhoun, legislative aide to State Representative Wengay “Newt” Newton (D-70).

“Saturday’s grand opening will offer the chance for St. Petersburg shoppers to be among the first to discover the unique finds and hidden treasures for which ‘Out of the Closet’ is famous,” said Jonathan Kreuyer, General Manager of Out of the Closet Stores. “With twenty-three other locations in California, Florida, Georgia and New York—and one in Amsterdam—AHF’s Out of the Closet Thrift Store chain is the nation’s largest retail fundraising vehicle for HIV/AIDS medical care, and ninety-six cents of every dollar earned is directed towards AHF’s advocacy efforts and our mission to provide HIV/AIDS care to those in need.”

With 23 locations worldwide, Out of the Closet Thrift stores aim to make HIV testing easy while providing people a fun place to shop and donate gently used goods in support of the fight against HIV/AIDS. Out of the Closet Thrift Stores are often connected to an AHF Pharmacy, to also provide a convenient one-stop experience for clients to shop and pick up their medication.

“We are pleased to expand our presence and services in Florida with the opening of the Out of the Closet thrift store and AHF Pharmacy in St. Petersburg. We know that along with the testing services it will provide to the community—in the community—and to the City of St. Petersburg and the surrounding municipalities, we can shift the trajectory of the local HIV epidemic,” said Michael Kahane, AHF Southern Bureau Chief.

According to recent statistics by the Centers for Disease Control and Prevention (CDC), Southern states account for approximately 44 percent of all people living with an HIV diagnosis, despite making up roughly one-third (37 percent) of the national population. States reporting the highest rates of people living with HIV are predominantly in the South. Florida ranks #3 across the country in terms of new diagnosed cases of HIV, with St. Petersburg ranking #15 nationally in terms of cities with cases of new HIV diagnosis.

VIEW ADDITIONAL PHOTOS FROM THE GRAND OPENING BY CLICKING ON THE IMAGE BELOW: 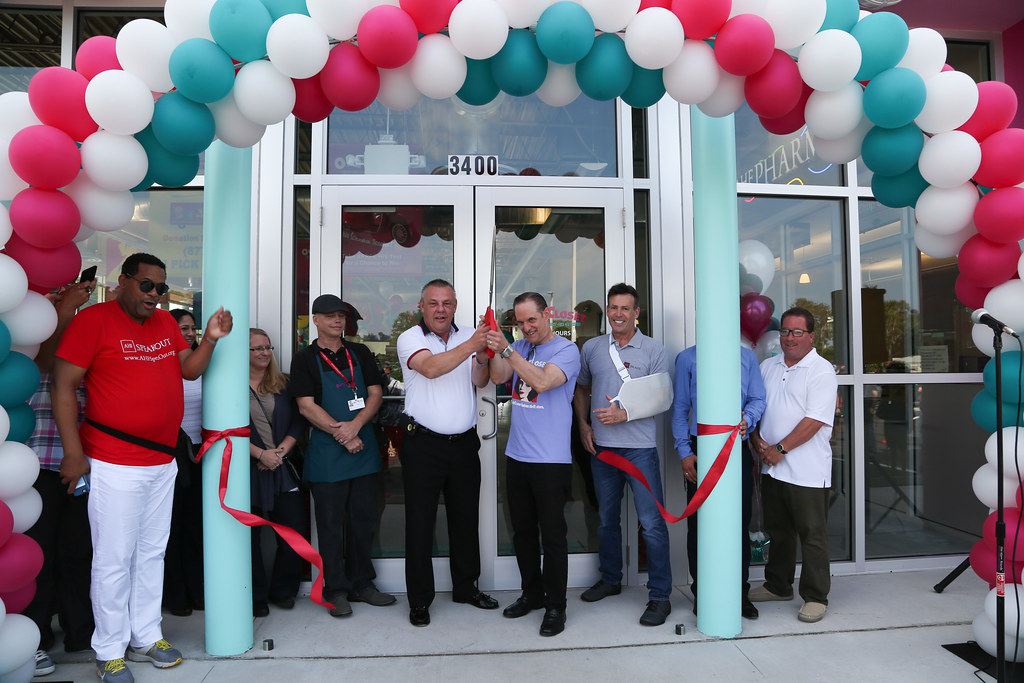