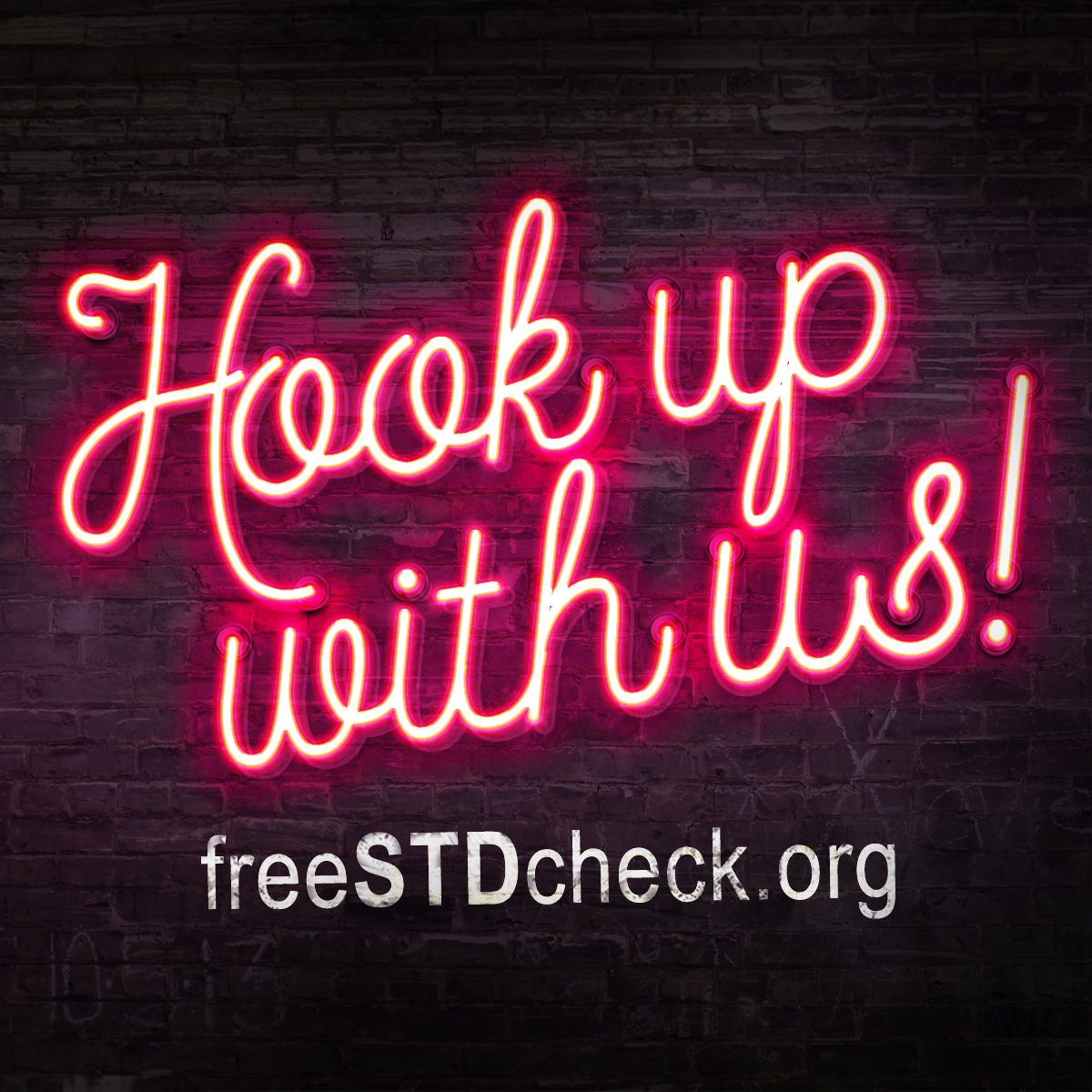 Billboard placements begin the week of June 14th starting in Los Angeles, and will continue to be placed nationwide through the end of June in the 16 states AHF services are located.

‘Hook Up With Us’ campaign follows new CDC data report of the 6th straight year of increases in STDs. More than 2.5 million cases of chlamydia, gonorrhea, and syphilis were reported in 2019.

LOS ANGELES (June 16, 2021) On the heels of the newly published CDC report indicating a growing number of new cases of STDs, AIDS Healthcare Foundation launches new “Hook Up With Us” advocacy and awareness campaign to address the urgent need for individuals to protect themselves. This new data provides profound insight to STD trends in the US before the COVID 19 pandemic. Preliminary 2020 data also suggests that these staggering numbers only continued to rise, as the COVID 19 pandemic caused major disruptions to testing and treatment services.

In 2019, more than 2.5 million cases of chlamydia, gonorrhea, and syphilis were reported, and were the most common STDs found. This accounts for a nearly 30% increase of new cases between 2015 and 2019. Undoubtedly, this causes grave concern as STDs have the potential to lead to serious health consequences, especially if untreated. In some cases, it can increase one’s risk of contracting HIV.

AHF has been promoting sexual health and STD screenings through its innovative public awareness and billboard campaigns for the past several years in response to the overall skyrocketing rates of STDs nationwide, particularly among young people and men-who-have-sex-with-men.

“The recent CDC report showing a 6th consecutive year of increases in STDs is not only alarming, but also verifies the ongoing need of education around safe sex practices — more importantly, a direct push for condom usage,” said Michael Wohlfeiler, Chief Medical Officer of AHF. Although medicine has advanced and provided individuals with access to other medications such as PrEP or PEP, these drugs are only effective for preventing HIV. There is grave misconception that these precautionary health measures are also preventative methods for STDs/ STIs, which is untrue. In addition, we also know individuals simply do not want to use condoms. To say the least, it is more pertinent than ever to encourage those who are “hooking up” to wrap it up, and protect themselves.”

To ensure sexual health and safety, sexual education is imperative. Condoms, while they may be unexciting and some are complaining of ‘condom fatigue’ after 40 years, they are a proven method of prevention when used. Unlike U=U (undetectable equals untransmissible) which means being successfully on treatment and undetectable, saves the life of an infected individual and also prevents him or her from passing on their infection to their partners, PrEP (pre-exposure prophylaxis), or PEP (post exposure prophylaxis), condoms actually prevent transmission of most STDs/ STIs. PrEP is a proven effective prevention or intervention against HIV, buts costs either the individual, his/her insurance company or the taxpayer, for government programs upward of $2,000 per month. Condoms are also often given out singularly free of charge, and when purchased in bulk, as AHF does with our LOVE and ICON-branded condoms, can cost as little as six cents (.06) each.

AIDS Healthcare Foundation’s freshly launched “AHF Is Resilience” campaign focuses on the quality of healthcare the organization provided to its patients despite being in the midst of the COVID 19 pandemic. The campaign also serves as an invitational message for those who are currently seeking specialized care.

By implementing new strategies around telehealth and telemedicine, AHF ensured our patients were able to receive their medications without interruption. This was achievable by acquiring drivers to perform delivery services, providing patients access to their doctors to advise those in need of medical assistance, and keeping our pharmacy doors open.

These actions speak to the testament of AHF being patient- centered despite any unforeseen circumstance, and understanding the importance of access to affordable healthcare. To find locations for free STD/HIV screening, visit www.freestdcheck.org To find locations for expert HIV care, visit www.hivcare.org AIDS Healthcare Foundation (AHF), the largest global AIDS organization, currently provides medical care and/or services to over one million people in 45 countries worldwide in the US, Africa, Latin America/Caribbean, the Asia/Pacific Region and Eastern Europe. To learn more about AHF, please visit our website: www.aidshealth.org, find us on Facebook: www.facebook.com/aidshealth and follow us on Twitter: @aidshealthcare and Instagram: @aidshealthcare .