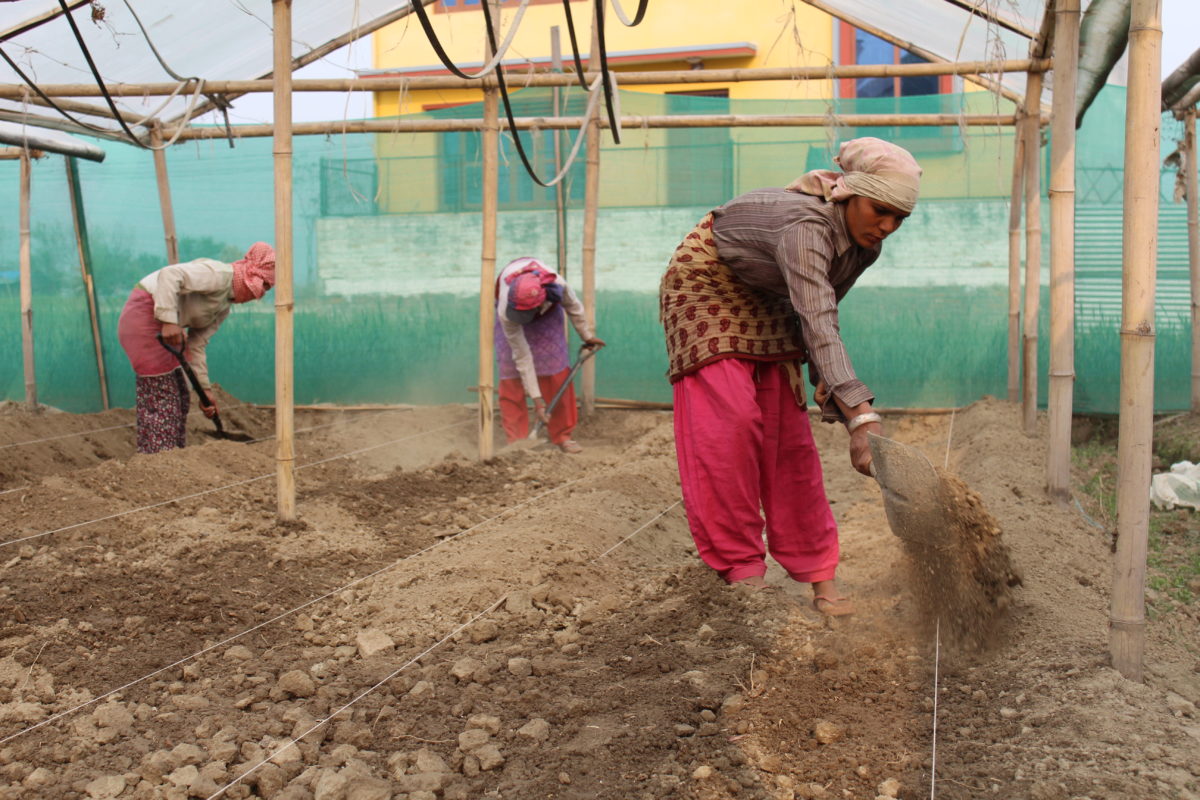 Community members trained through Suruwat prepare to plant the next crop

Dignity, security and self-reliance are among the important aspects of a fulfilling life—and in Nepal, AHF is helping a community organization achieve those goals by supporting an income-generating agricultural project run by people living with HIV.

AHF Fund grant recipient – Suruwat – has made it their mission to fight the negative aspects people living with HIV (PLHIV) often face in Nepal. Through a novel income generation initiative, community members have learned to grow their own produce, which cuts their typical food costs by one third, provides money for themselves and their families, and helps to fight stigma and discrimination against PLHIV within their communities.

In response to the lack of funding for smaller HIV/AIDS community service organizations globally, AHF created the AHF Fund in 2012. It focuses on providing small, short-term grants to organizations whose activities advance HIV/AIDS awareness, prevention, treatment, advocacy and the elimination of stigma. And now, with many organizations in need due to the coronavirus outbreak, the Fund has begun providing grants for emergency response relief. “Since 2007, Suruwat has empowered people living with HIV, their family members and those rehabilitating from drug use by teaching them age-old agricultural practices that allow them to generate income for themselves and their families,” said Suruwat Director Rajesh Didiya. “With this knowledge and support from us, AHF Nepal and the AHF Fund [starting in 2016], community members are one step closer to becoming self-reliant. That inspires self-confidence, as they can hold their heads high knowing they’ve helped provide for themselves and their loved ones.”

“We’ve been able to organize eight events through the Center, thanks in large part to AHF’s support, allowing for 19 training sessions and the delivery of agricultural supplies to 85 people living with HIV and their families,” added Didiya. “This model has also been successful in combatting stigma and discrimination, since it shows that people living with HIV can take care of themselves and are valuable assets to their communities.” Along with income generation initiatives, Suruwat, AHF Nepal, the National Association of PLHIV in Nepal (which Didiya also heads) and other NGO partners have consistently advocated for improved support to PLHIV and key populations. After two national-level conferences, the program was deemed to be a priority by local, provincial and federal governments—with some allocating increased resources. Intensified collaboration with government also resulted in free health insurance for PLHIV and up to four of their family members—a monumental accomplishment

“AHF Nepal is glad to have such a dedicated partner in Suruwat—Rajesh and his team have been instrumental in pushing for key initiatives that have helped even the playing field for people living with HIV,” said Deepak Dhungel, AHF Nepal’s Country Program Manager. “From its unique farming program, to engagement with government that has resulted in increased domestic resources for the country’s health program—Suruwat has been, and will continue to be, invaluable to the fight against HIV/AIDS in Nepal.”