Along with all the fun concerts and festivals this year, AHF also sent out strong advocacy messages to governments everywhere: People cannot take charge of their health if widespread stock outs, shortages and unaffordable prices for condoms continue! Condoms save lives! HIV is preventable and condoms are the most effective, affordable tool we have to stop the transmission of HIV.

We invite you to experience all that ICD 2020 with AHF had to offer by viewing the photos below – and be sure to connect with us on social media to share how you celebrated International Condom Day and helped in the fight to stop HIV/AIDS! 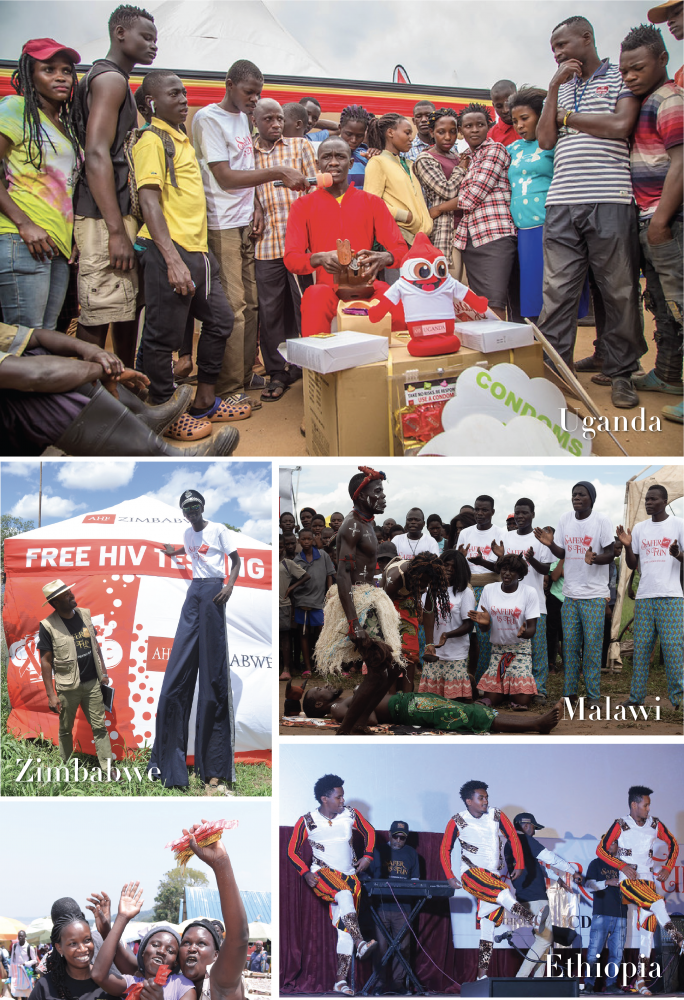 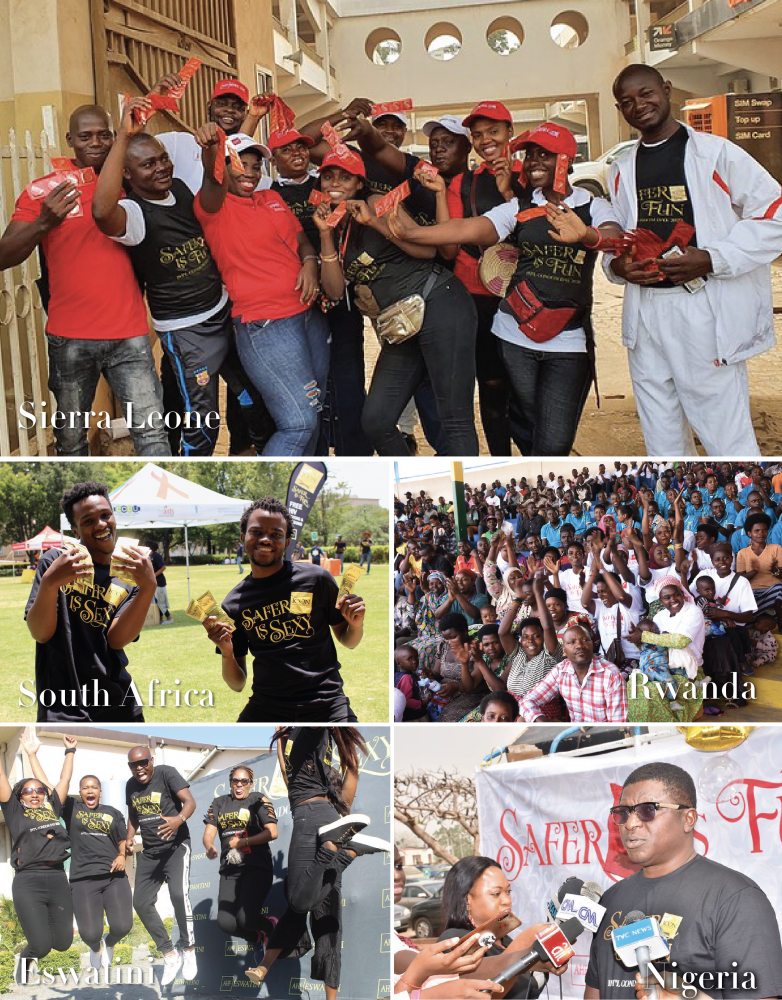 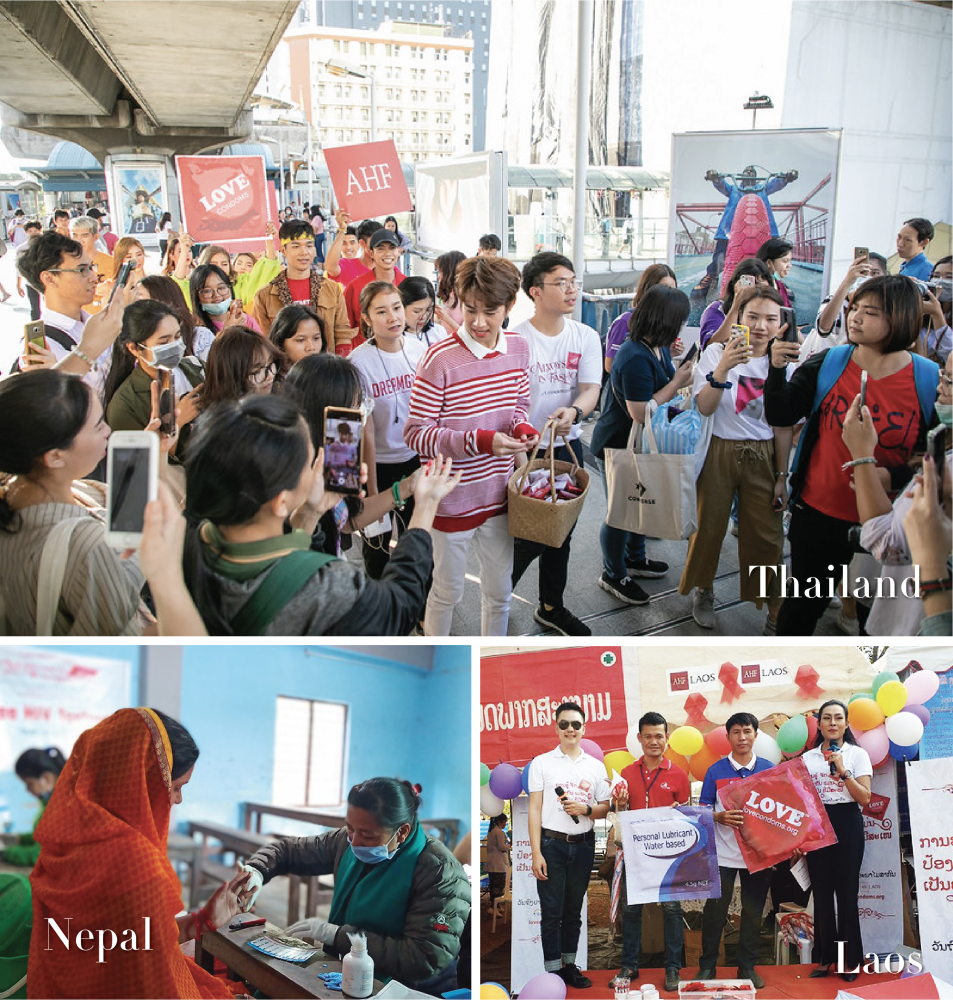 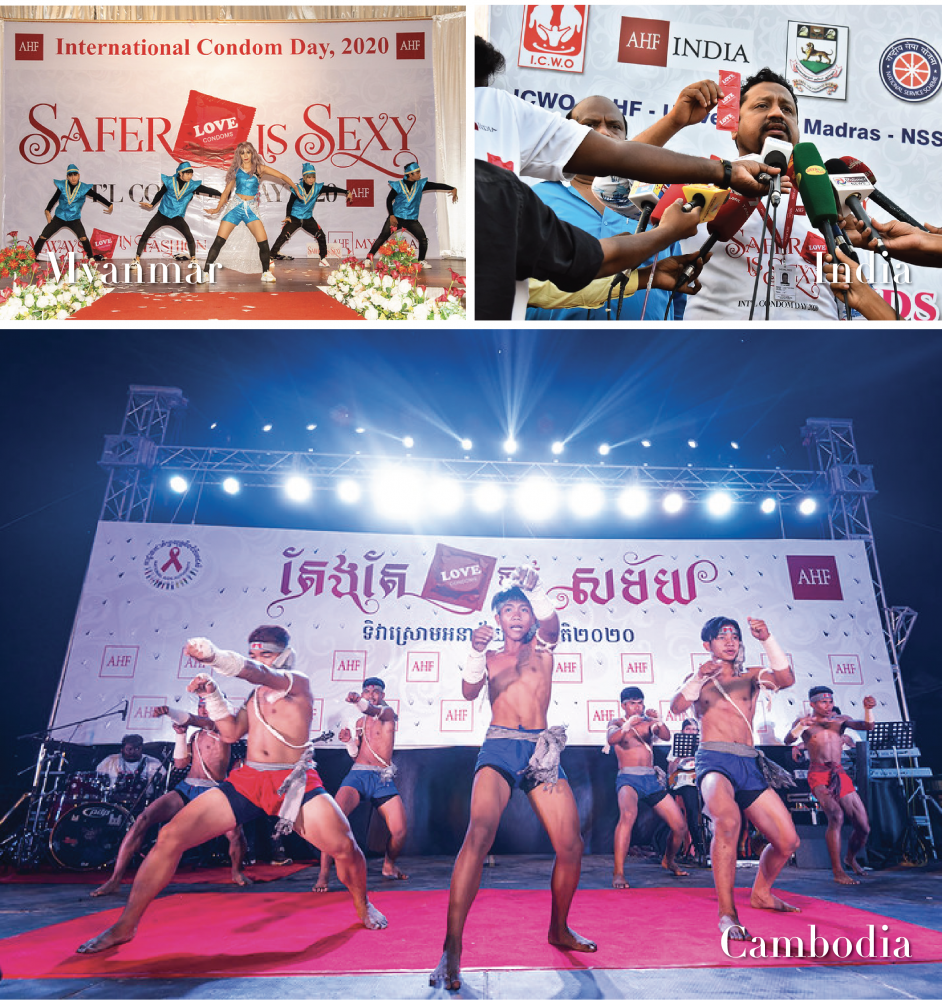 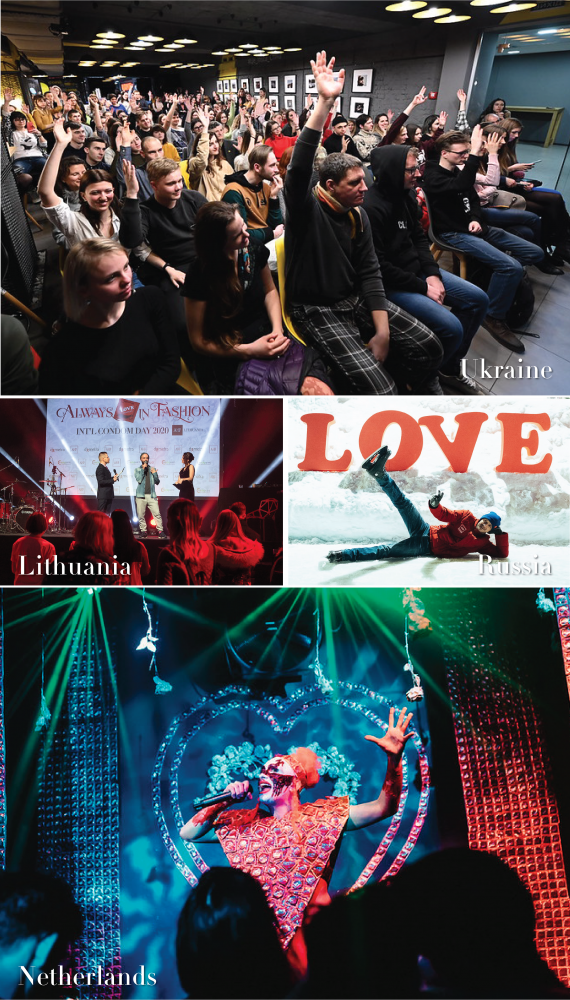 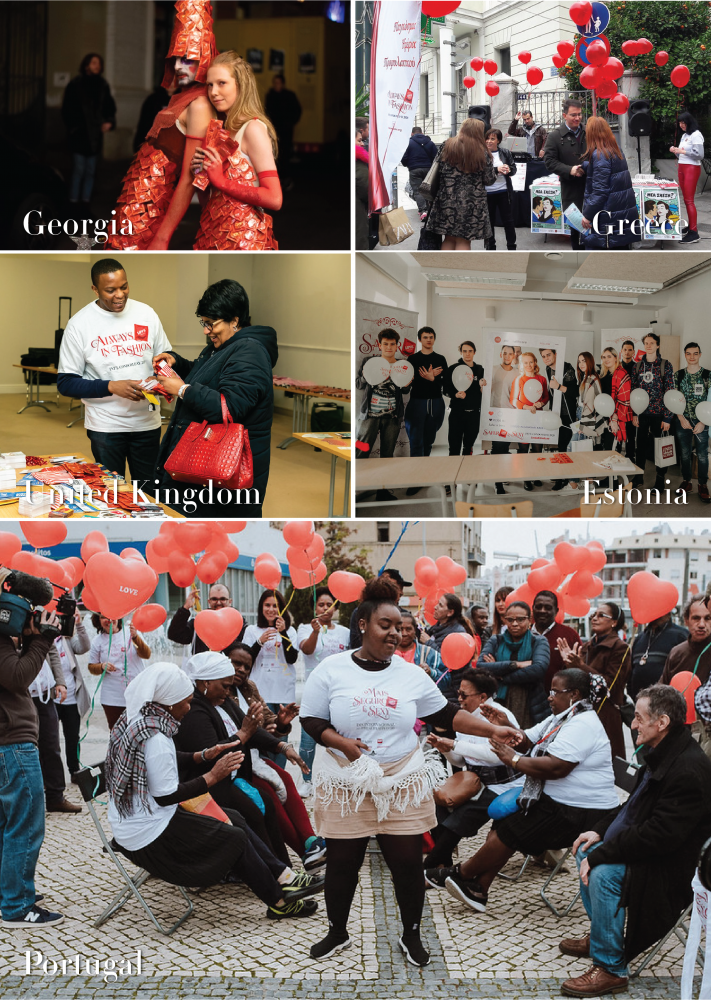 For photos of these events and from other countries, check out the photos here!
Estonia | Georgia | Greece | Lithuania | Netherlands | Portugal | Russia | Ukraine
United Kingdom
Youth were also the focus for many country teams throughout the AHF Europe Bureau for education, condom distribution, and HIV testing. A fun nightclub party attracted over 1,000 attendees, actions at local colleges provided a platform for wide-reaching info sessions, and theatrical sketches reinforced the importance of healthy lifestyles. Other highlights included tailored efforts to reach migrants and photo sessions with popular influencers that drew many for HIV testing. 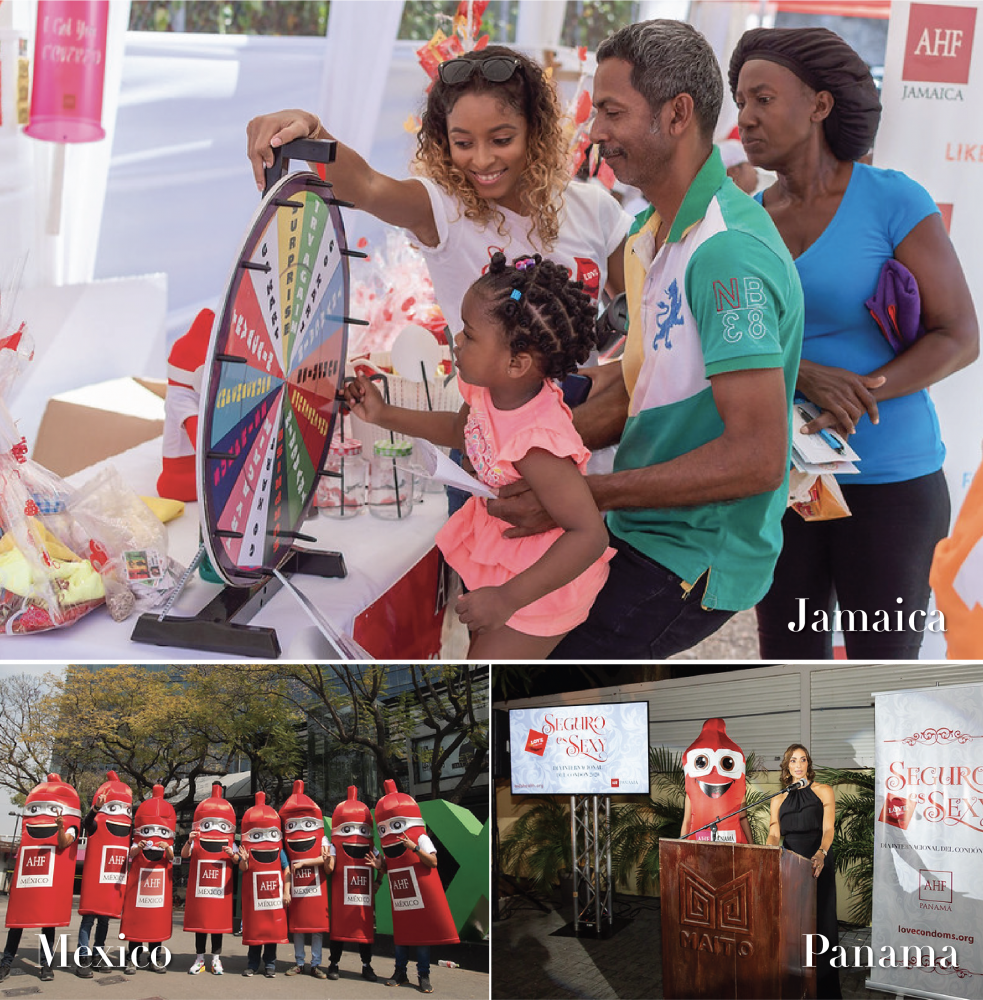 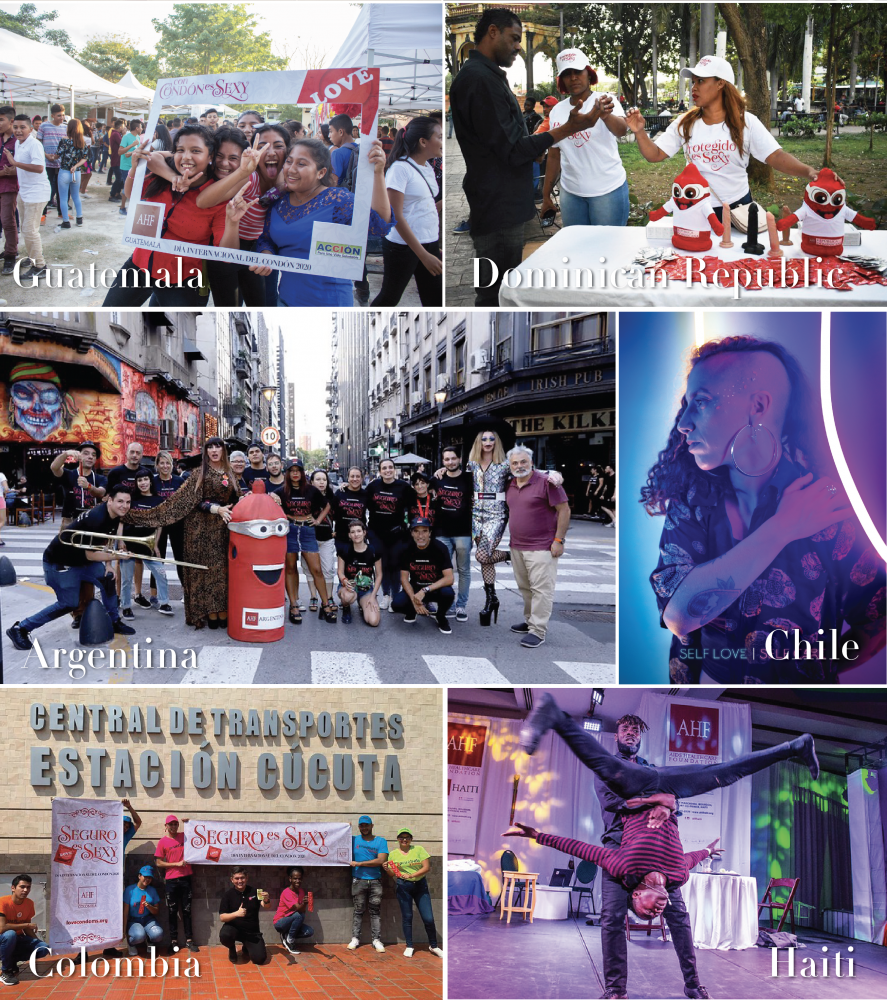 Click our countries below to see more photos!
Argentina | Chile | Colombia | Dominican Republic | Guatemala | Haiti | Jamaica
Mexico | Panama | Peru
ICD 2020 in Latin American and the Caribbean set the scene for a couple of milestones, including AHF Panama’s first ever ICD event and AHF Haiti’s second Pride celebration in the country’s history! Other country teams used ICD to reach key groups for HIV testing, including migrants who often aren’t able to access services and targeting communities with the highest HIV prevalence rates. Some of the more unique events across the region included go-kart racing, art exhibits on condom history, and a door-to-door testing campaign to provide access to families. 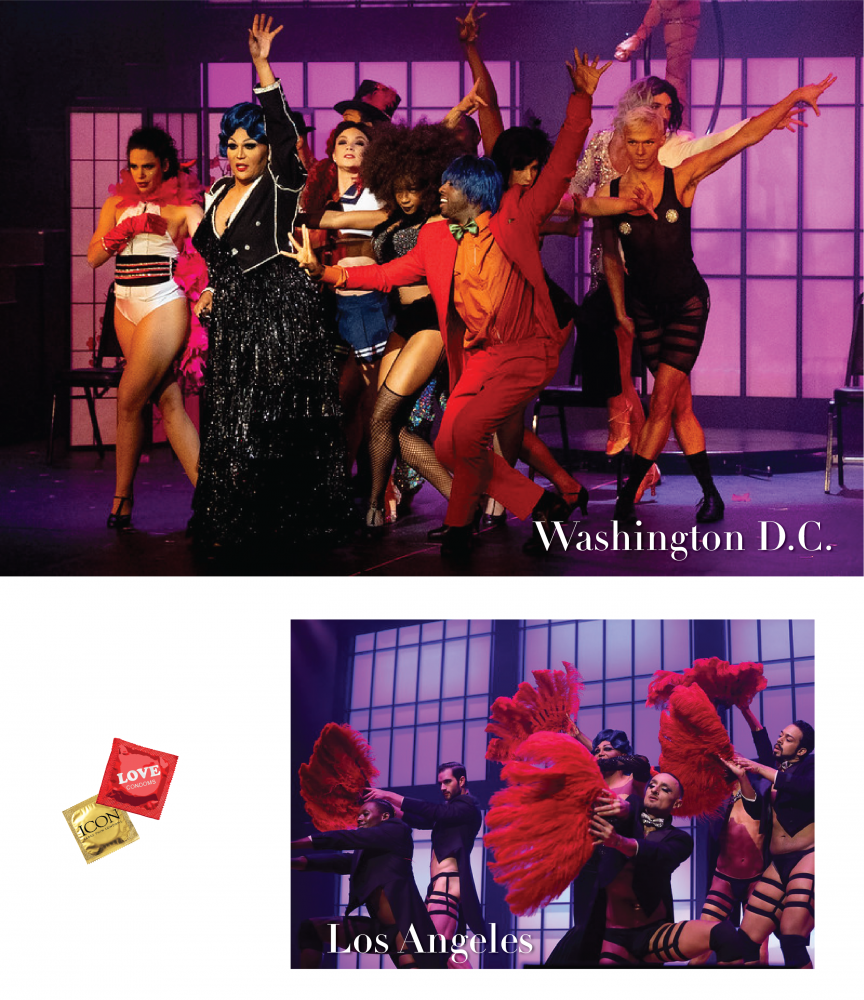 AHF in the U.S. held more than 40 events nationwide, including multiple burlesque shows with exciting and distinctive styling to promote the “Safer is Sexy” message. We invite you to view more photos from the U.S.-based events below and also view our ICD 2020 parody video “Safer Works” of Lizzo’s smash hit ‘Truth Hurts’!
And our photos from different events!
Los Angeles | Washington D.C.
AIDS Healthcare Foundation Offers Emergency Facility for COVID-19 Patients; Applauds Gov. Newsom’s Crisis Response
121,000 Chinese Clients Get Emergency HIV Meds
This website uses cookies to improve your experience. We'll assume you're ok with this, but you can opt-out if you wish. Cookie settingsACCEPT
Privacy & Cookies Policy