On March 2, 2017 Baton Rouge City officials notified AHF that it would not renew its Ryan White contract for the 2017 – 2018 grant year, an action that also made AHF ineligible to participate locally in the federal 340B Drug Pricing Program, a crucial federal, but locally-administered drug discount program in Baton Rouge.

The protest comes on the heels of a federal lawsuit filed by AHF seeking court intervention to overturn the cuts. In its lawsuit, filed Monday, April 10, 2017 in the United States District Court, Middle District of Louisiana,   (Case # 17 cv00229 BAJ-RLB), AHF is seeking Declaratory and Injunctive Relief against the City of Baton Rouge/Parish of East Baton Rouge through the City of Baton Rouge Division of Human Development and Services through restoration of the contract and AHF’s 340B eligibility. AHF’s lawsuit focuses specifically on the Parish of East Baton Rouge’s arbitrary, capricious—and AHF asserts, illegal—denial of renewal of the contract.

CLICK ON THE IMAGE BELOW TO VIEW ADDITIONAL PHOTOS: 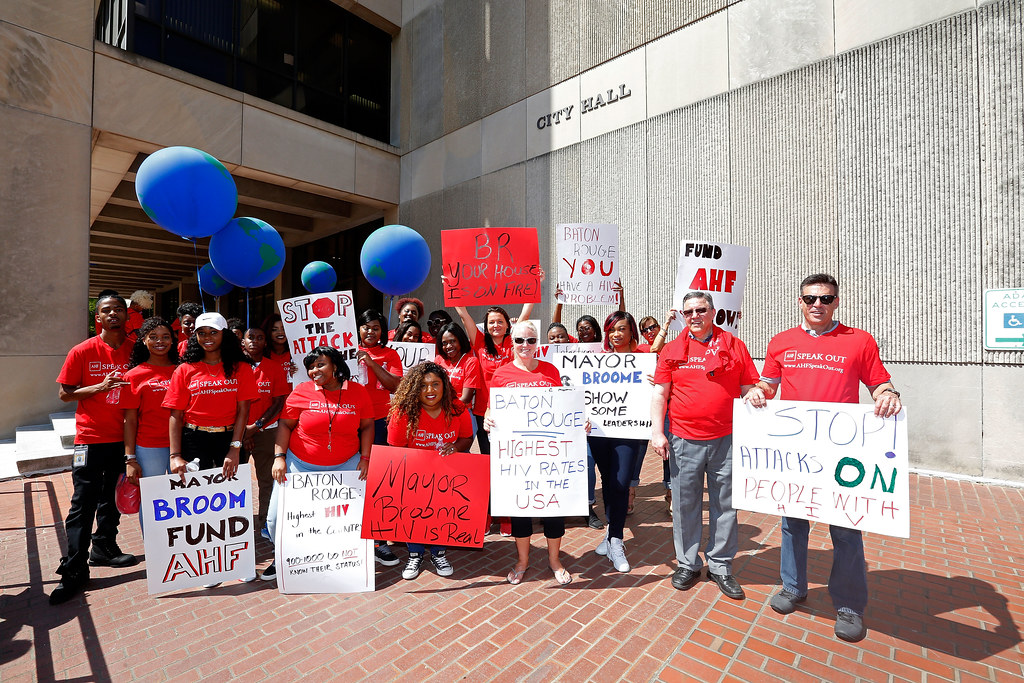