ATLANTA (April 10, 2017) — Following a recent decision by the Centers for Disease Control and Prevention (CDC) to defund local, community-based HIV/AIDS service organizations that work within communities of color, including AID Atlanta, AIDS Healthcare Foundation (AHF) and over 100 HIV/AIDS activists held a peaceful demonstration on Friday, April 7th at 12:30 PM outside the CDC’s headquarters, located at 1600 Clifton Road.

According to recent CDC statistics, African Americans account for a higher proportion of new HIV diagnosis compared to those of other races/ethnicities, and HIV diagnoses among young African-American gay and bisexual men (aged 13 to 24) has increased by almost 90%.

Each year, the CDC announces the funding opportunity for PS17-1704, a federal grant to help community-based organizations implement HIV prevention programs targeted at young men of color who have sex with men and young transgender people of color, aged 18-29. Despite many years of successfully executing community-based programs and initiatives throughout metro Atlanta, the CDC declined to fund AID Atlanta in its efforts to continue prevention programs dedicated to this population. The requested funding was to ensure the continuance of services including HIV/STI testing, referrals, counseling, and linkage to medical care. The grant would also support prevention/intervention efforts including MPowerment, a behavioral intervention program for African-American men who have sex with men (MSM) and Evolution, which works directly with black MSM’s age (18-28). The program was originally funded through March 31, 2017.

“After being recently recognized by the CDC for AID Atlanta’s strong track record of providing needed services to thousands of people living with HIV/AIDS in the area, I was absolutely dumbfounded by the CDC’s decision to deny AID Atlanta’s grant application. With Atlanta consistently ranking among U.S. cities reporting the highest new rates of HIV infections, especially among communities of color, ending AID Atlanta’s federal funding is not only unconscionable but utterly catastrophic in our efforts to end the spread of HIV among the most vulnerable populations in our region” said AID Atlanta Executive Director Nicole Roebuck. “Without these dollars, the programs that we have successfully administered for years will be immediately stopped.”

AID Atlanta, like many community-based AIDS service organizations (ASOs) across the country, continues to maintain operations and the continuance of community-focused testing, awareness and prevention programs through the support of federal funds, like those offered by the CDC.

According to the CDC, the state of Georgia ranks 5th in the nation in terms of new HIV diagnoses, with a majority of those being African Americans and specifically African-American gay or bisexual men.

CLICK ON THE IMAGE BELOW TO SEE ADDITIONAL IMAGES: 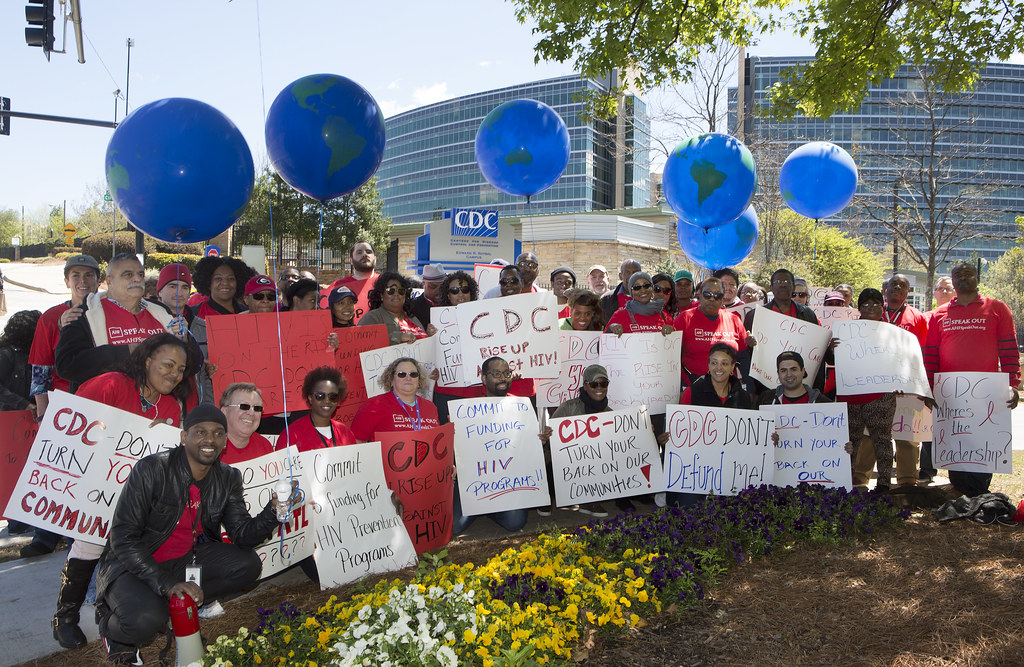