with Keep the Promise

LOS ANGELES, CA (December 1, 2016) – On November 30th, AIDS Healthcare Foundation (AHF) began its World AIDS Day initiative, Around the Globe in a Day, with Keep the Promise in Los Angeles, CA. Keep the Promise, which welcomed thousands of people for a march down Hollywood Boulevard and a free concert at the Dolby Theater, was an advocacy effort created to continue to spread awareness about HIV and AIDS. Hosted by actress / choreographer, Rosie Perez, the concert was headlined by Patti LaBelle and also featured B Flow, Common, JoJo, Jencarlos Canela, and Espinoza Paz. In addition, AHF presented living legend Harry Belafonte with its Lifetime Achievement Award for his charitable work and activism all over the world at the event.

Today AHF continues its Around the Globe in a Day activities with free concerts and testing events in Cambodia, Mexico and other areas throughout the U.S., Africa, Latin America, the Caribbean, Eastern Europe and Asia.

Speaking about last night’s event, AHF’s President, Michael Weinstein, says, “The voices of the world were heard last night in Hollywood, Mexico City and Phnom Penh. More than a thousand people marched in the streets. Some of the greatest artists of any generation came together on the same stage for one cause. An iconic artist, entertainer and activist was honored for his fearless advocacy as part of the global Keep the Promise campaign. As we observe World AIDS Day, the 1.1 million people who died of AIDS last year will be remembered. We will continue to fight for people’s right to access lifesaving treatment, and to educate young people and others who may be at risk.”

View more photos from the Keep The Promise march and concert in Los Angeles by clicking on the image below: 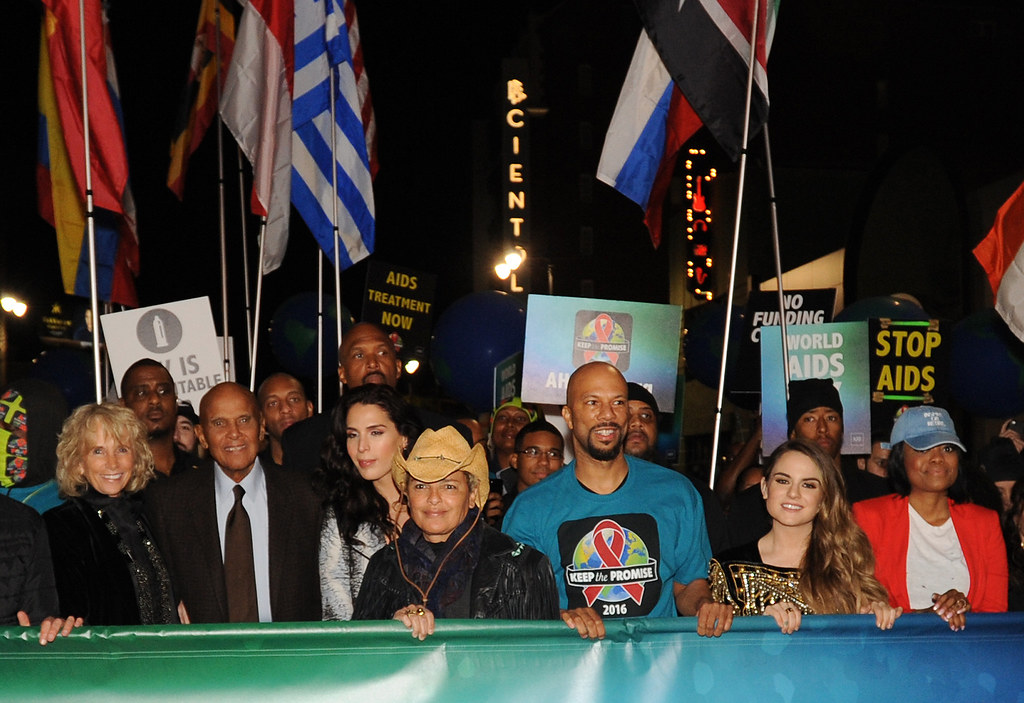 AHF Pharmacy Named Most Outstanding Pharmacy at 2016 Nicky Awards
AHF questions UNAIDS estimate of 18.2 million people on treatment, says “Estimation without Validation” hurts the AIDS response
This website uses cookies to improve your experience. We'll assume you're ok with this, but you can opt-out if you wish. Cookie settingsACCEPT
Privacy & Cookies Policy